On Sunday, October 18th, it was my birthday and my best friend Rocco orchestrated a fantastic surprise for me. After lunch at Fargo restaurant, we headed to the San Lorenzo neighbourhood, not far from the Guadalquivir river.

Hidden like a gem, in the small Calle Carmen street, there is Ocumare – a chocolate, tea and coffee room – that is a unique place not only in Sevilla but …everywhere! 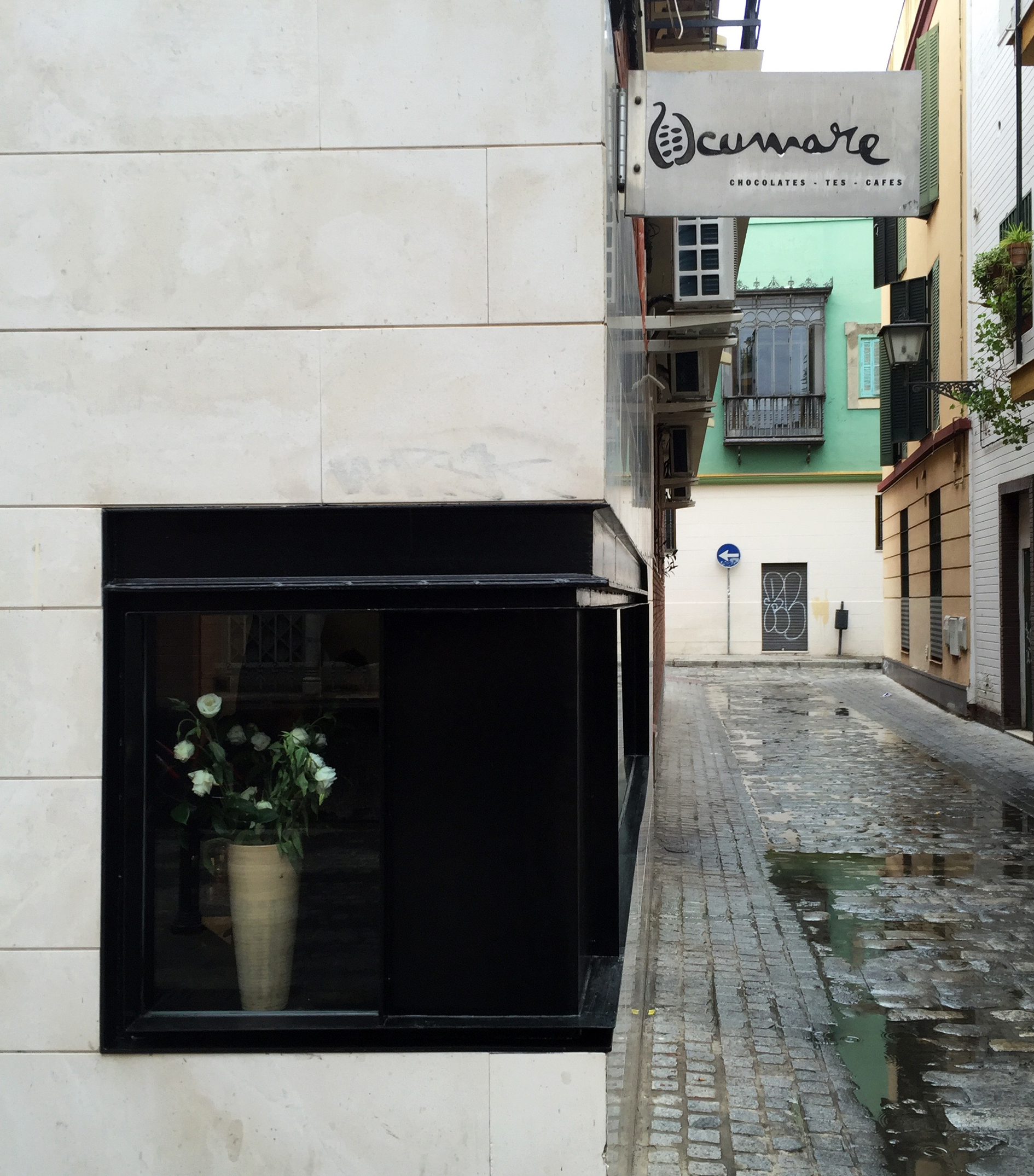 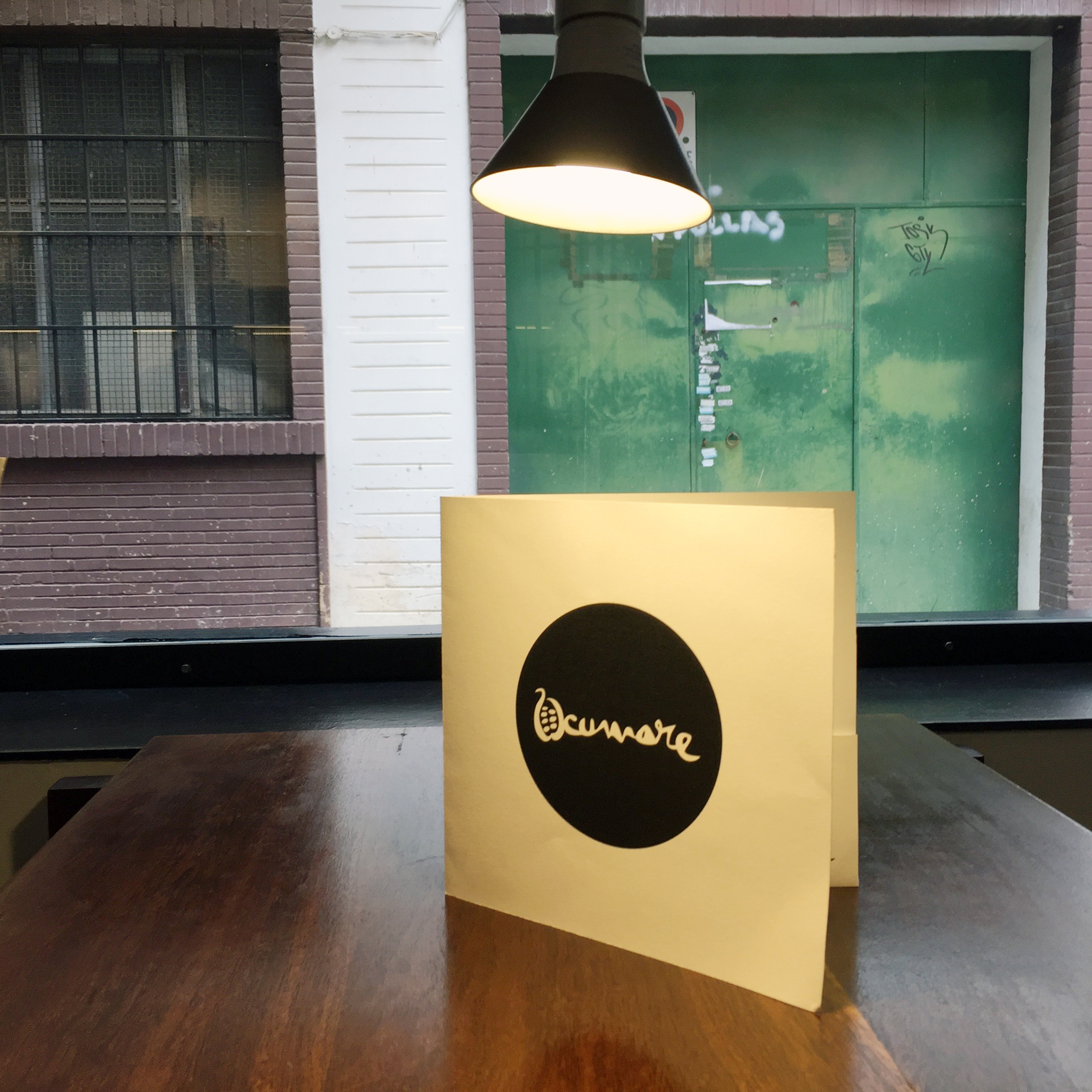 The heart and soul of Ocumare is Jose Ramón Utrera: born in Sevilla, José is a gentle and refined man in person, who trained himself in different pastry shops before falling in love with chocolate.

He started to learn all about it and by himself and then his passion brought him to travel to different places where chocolate originates, especially to Africa, in São Tomé.

Listening to him talking is magic: José transmits you his vision and savoir-faire about the finest cru searched all over the world and the best way to savour them.

His philosophy is to go back to the true culture of cocoa, how in ancient times people used to transform and consume it. This is why, for example, José serves his chocolate in cups that are never hot.

We started with a chocolate foam with refined Couva, Chuao and Porcelana cocoa beans, served in a glass jar.

One other cup was a mix of chocolate and cream with cocoa from Ecuador, Madagascar, Granada, Perù and Ghana.

Our friend Angélica took the Maya chocolate that was made following the original recipe. It was flavoured with star anice, vanilla, pink pepper, nutmeg, clove, coriander, cinnamon, cardamom, and salt.

Then the three of us splurged on a double dessert:

– a “crunchy” biscuit with almonds from Provence, in the South of France, ice-cream with cocoa beans infusion from São Tomé, and caramel cream.

– an almond ice-cream with a heart of milk chocolate and semi-candied pears. 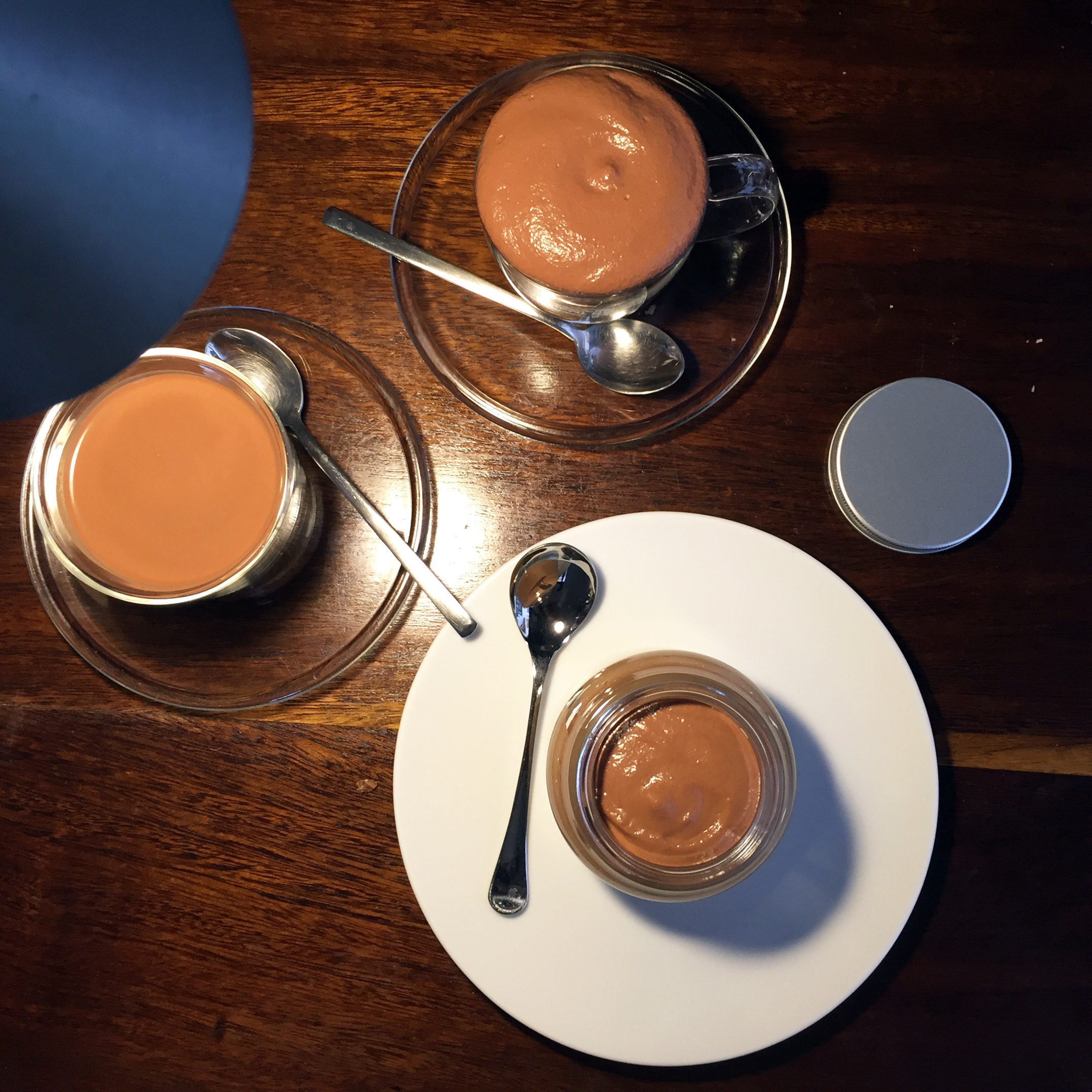 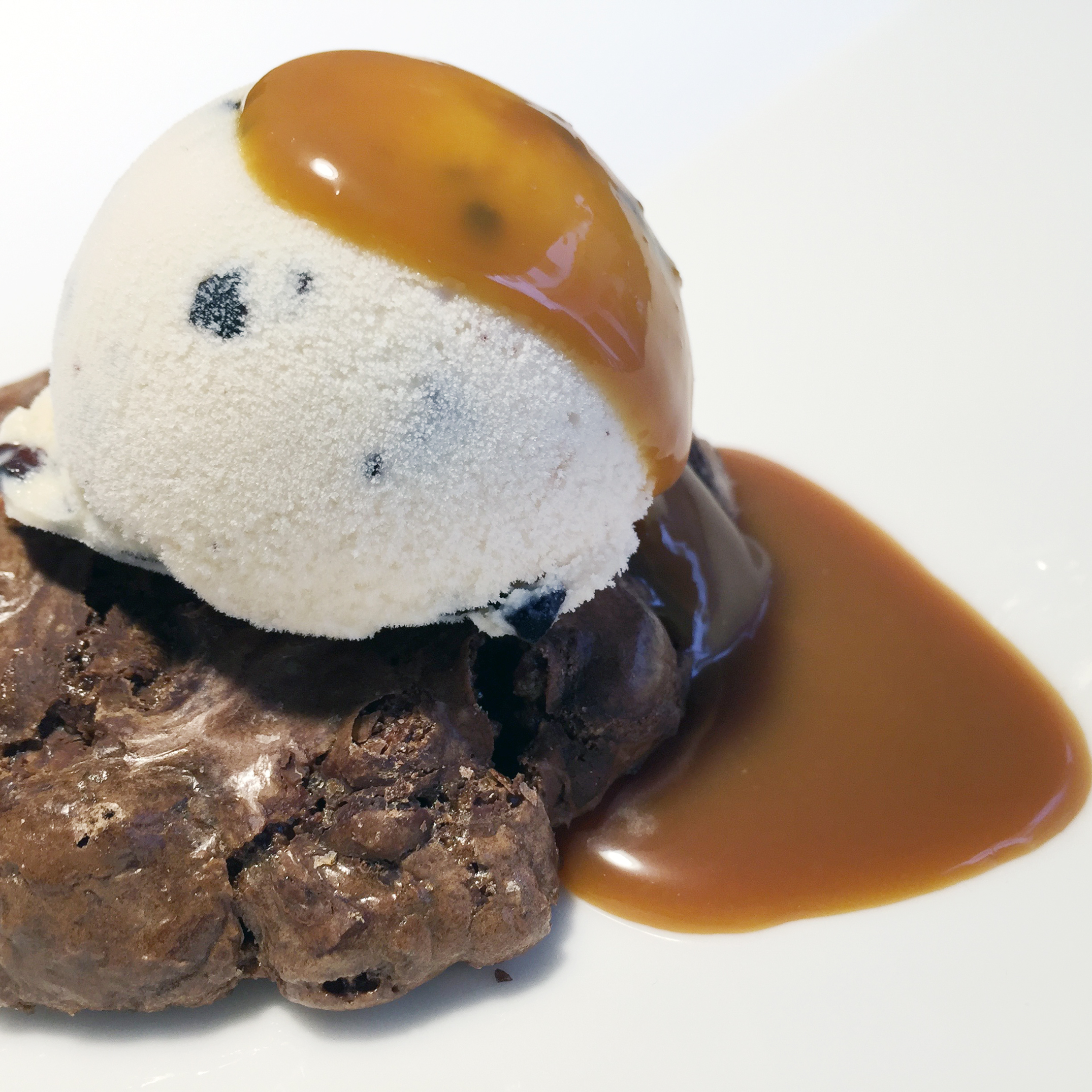 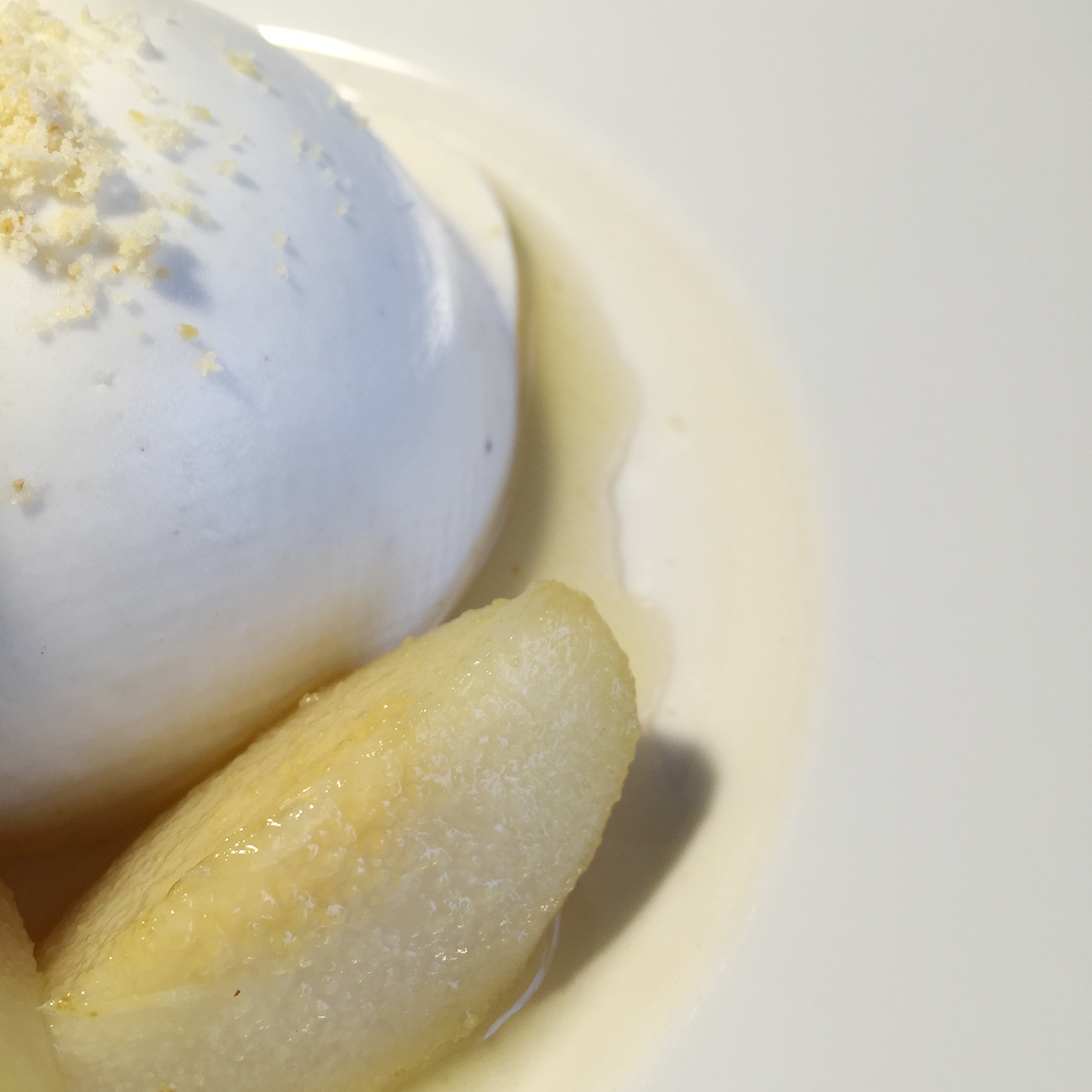 Before leaving we said hello to José and thanked him for the wonderful journey we made around cocoa thanks to his wonderful chocolate cups and desserts.

His place makes you feel like you are suspended in a peaceful bubble – away from the noise of the city and its fast-pacing crowd.

I personally want to thank my great friend Rocco who has a big, warm heart and as José put it in Spanish he is a “cielo”!

We left with this quote from the Little Prince by Antoine de Sainte-Exupéry that José reminded us:

“One sees clearly only with the heart. The essential is invisible to the eyes”. 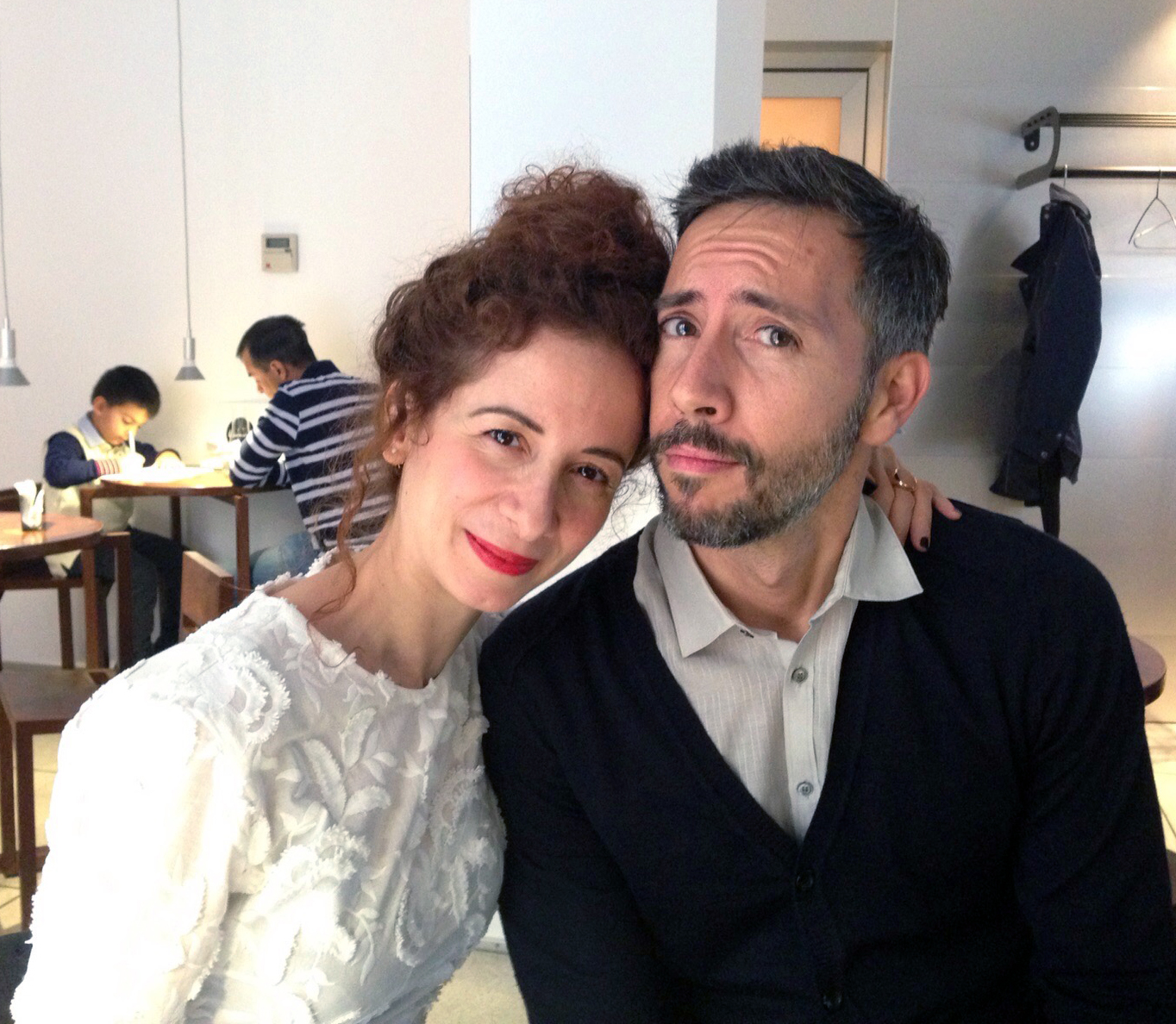 Only from October to April

(when José is not in Africa 😉