Not far from the Arc de Triomphe, in Charles de Gaulle square in Paris, there is this newly opened pastry shop that is specialised in gluten free French éclair: ME (mon éclair).

ME is the brainchild of Grégory and Johanna who met at the Alain Ducasse School one year ago.

The food concept is totally new: create “éclair à la minute” as they say it here, meaning that each éclair is made fresh in front of you and you can also be adventurous and create your own flavour: it is yum and also fun! 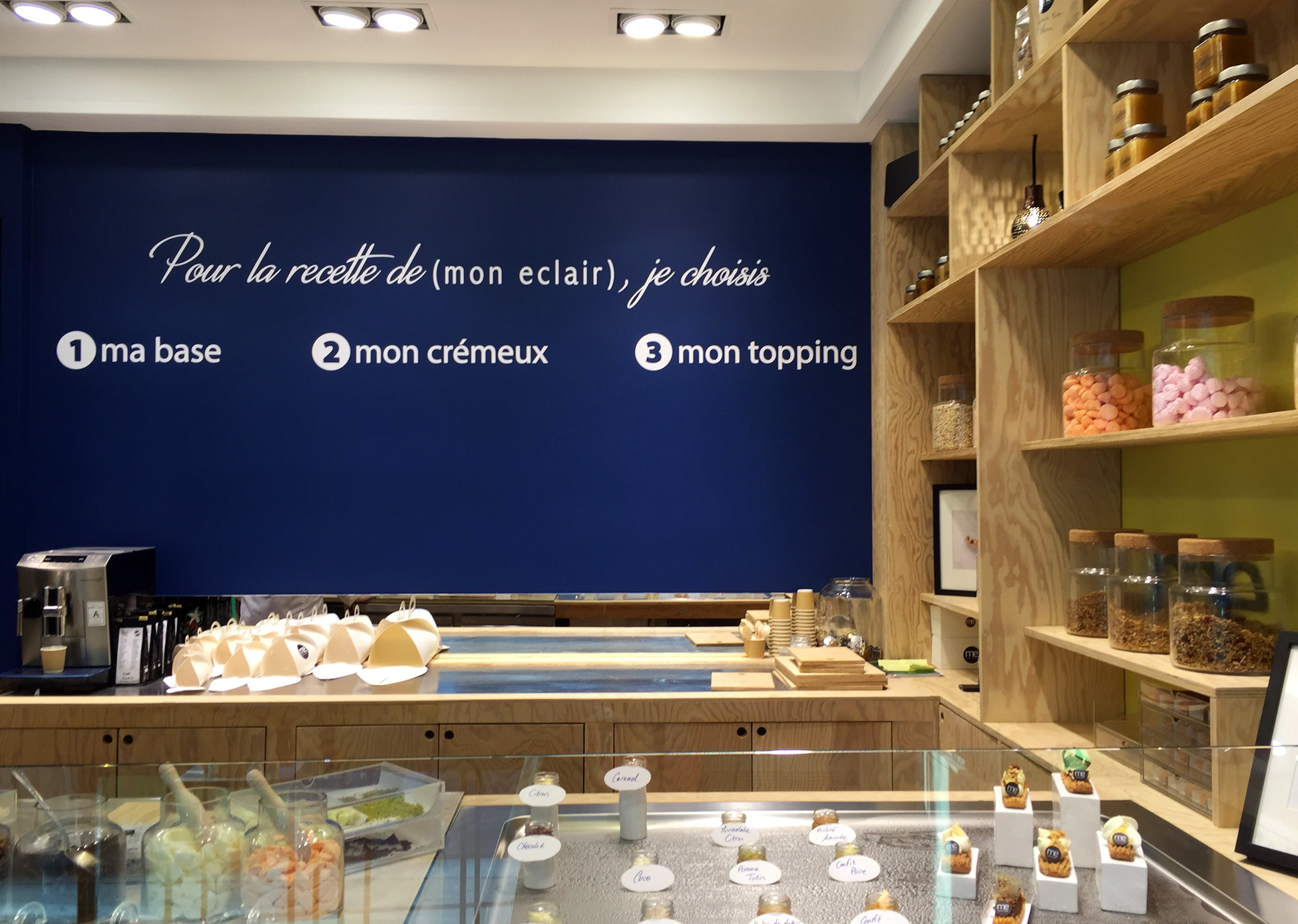 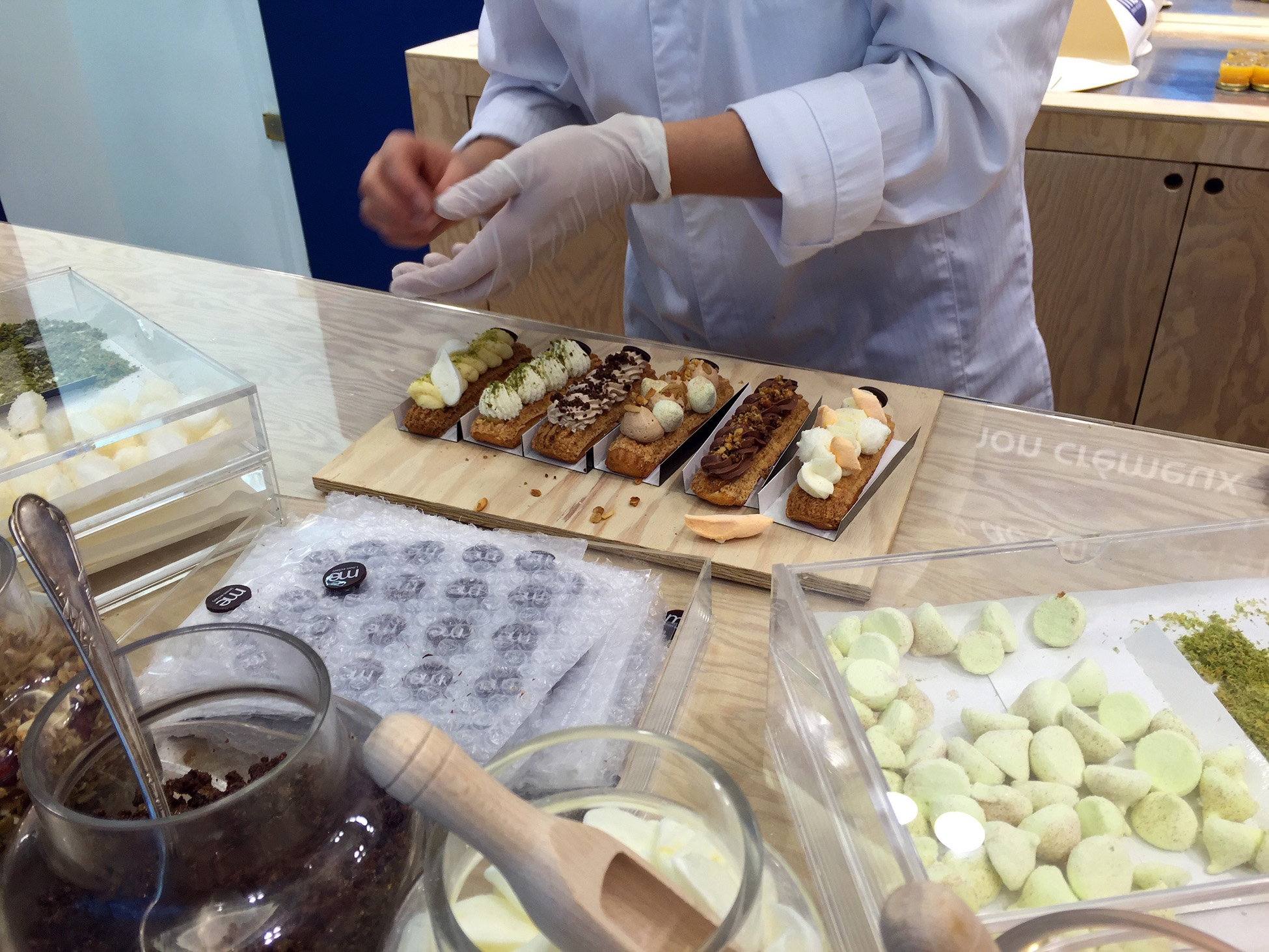 At ME, it works very simply: you start with the choux, then you can add 4 ingredients: fruit jam, cream or custard, and two toppings.

Each ingredient that you add to your éclair is thought to enhance the flavour of the other.

Johanna told me that they chose to make gluten free éclair as they wanted to create a dessert that everybody could eat – it was a challenge getting to the right recipe (a mix of rice and corn flour) but it was worth it and they study to constantly improve their products. 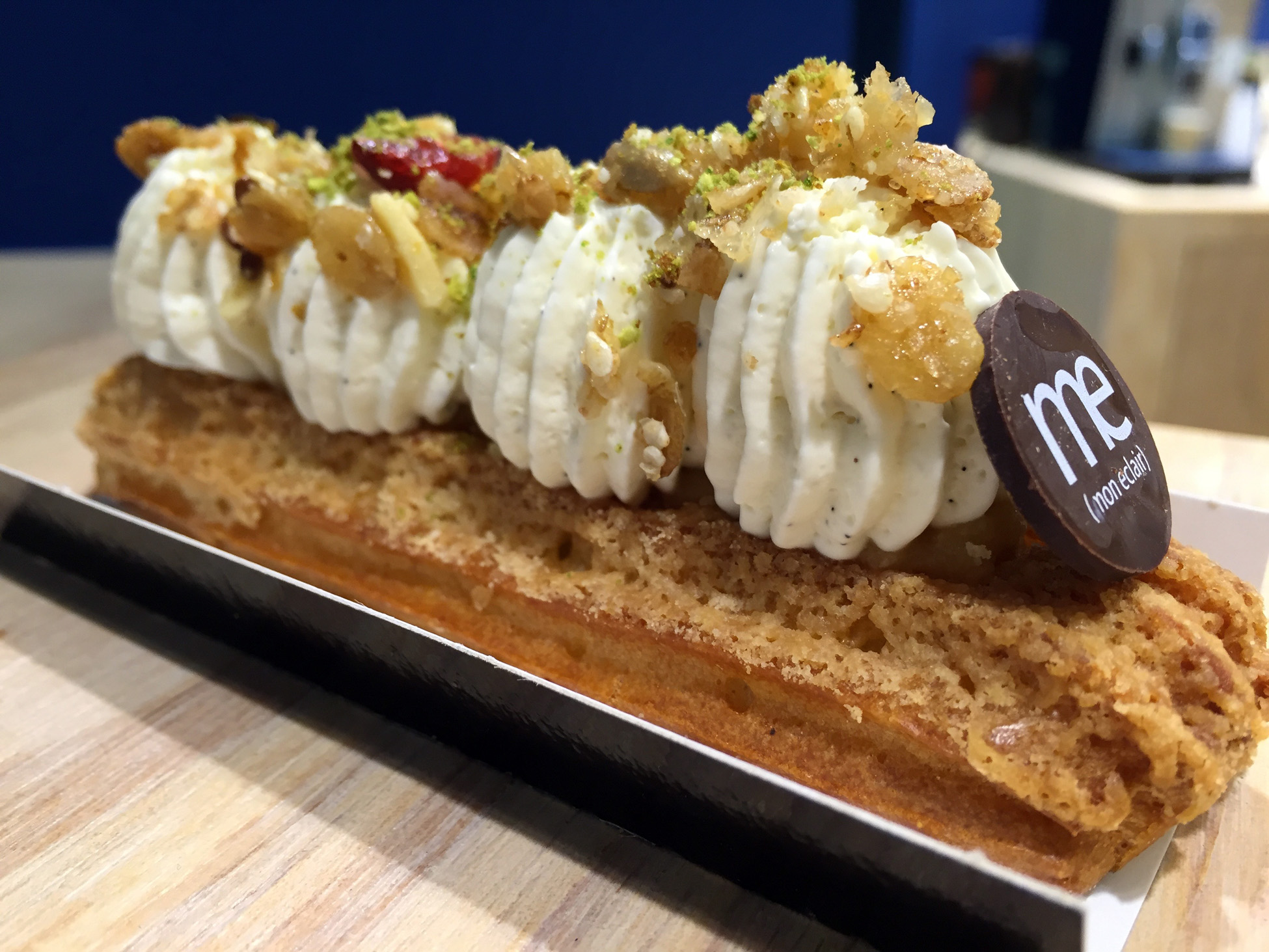 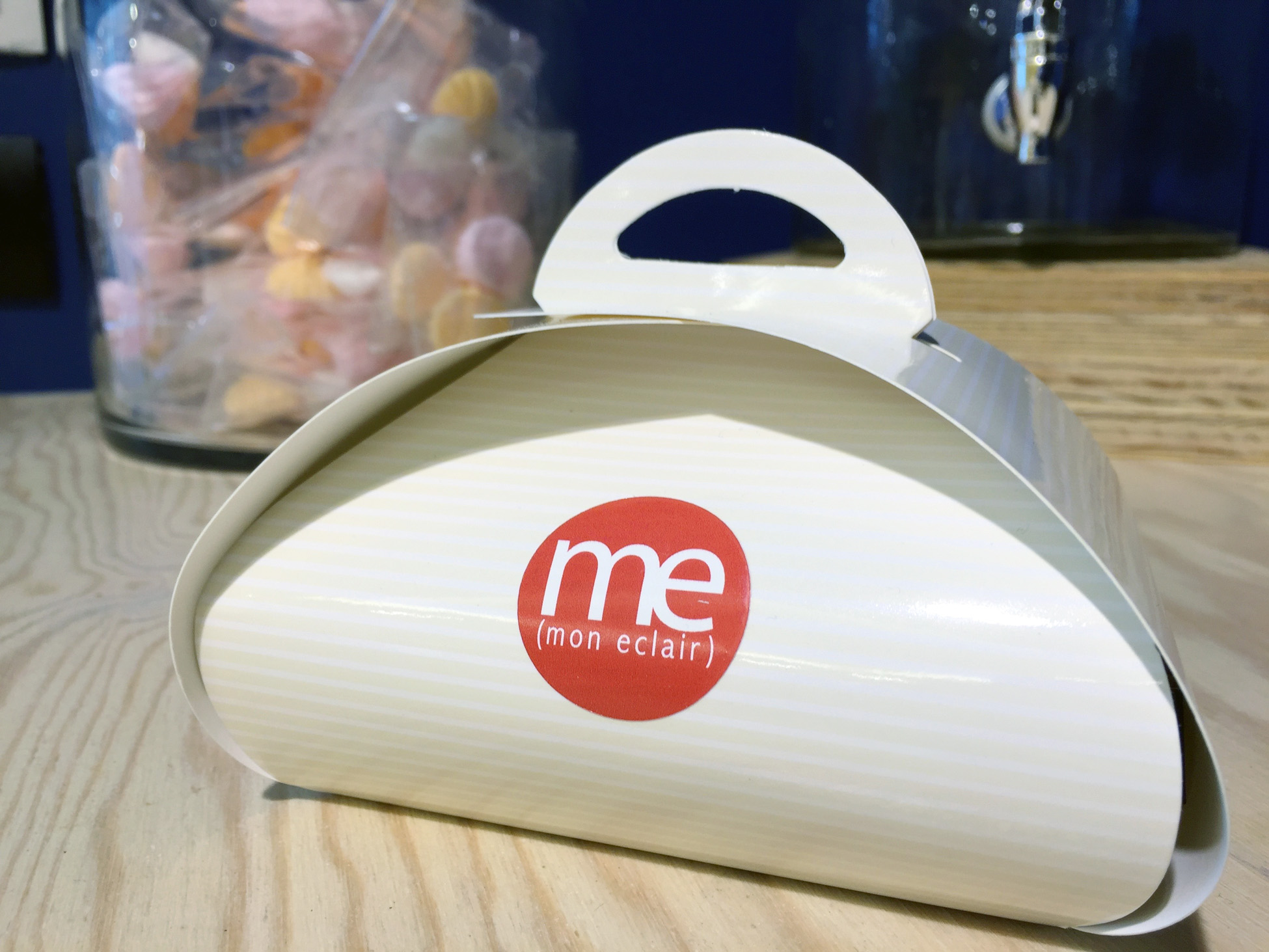 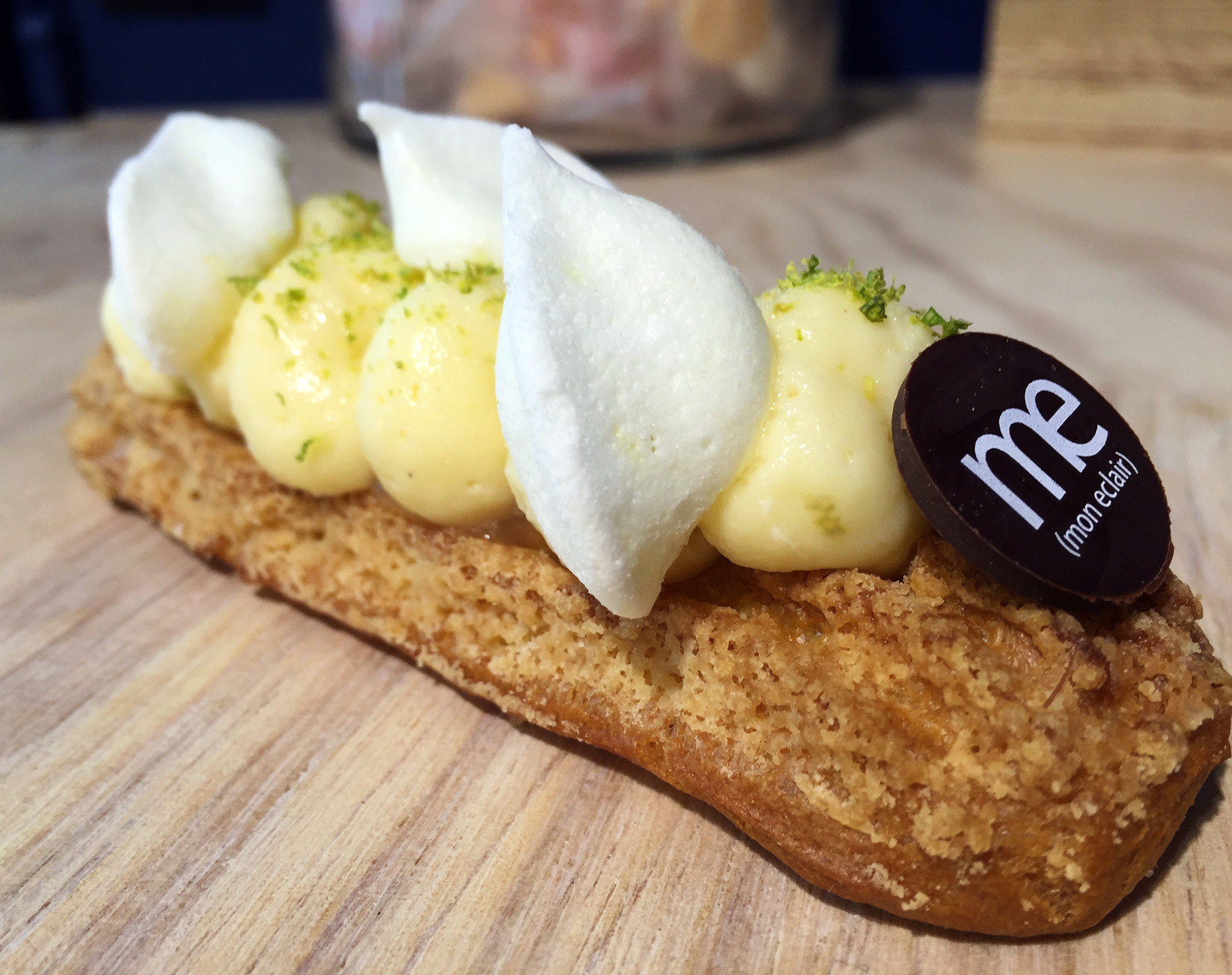 I didn’t feel adventurous yesterday to create my own but actually curious to taste ME flavours.

I went for a “tatin caramelisé” that is a caramelised apple pie flavour which was so yummy!

As I decided to splurge (how could I not in a place like this….?!!), I also had a “citron meringue” éclair with lemon jam, custard, zest and meringue.

Despite having eaten two, I felt light and also happy. They look so beautiful and precious that they cheered me up.

Johanna told me that in the granola there could be very small traces of gluten because of the oats they use. But if you are allergic or celiac there are other toppings you can choose. I am celiac and I felt fine after my visit. 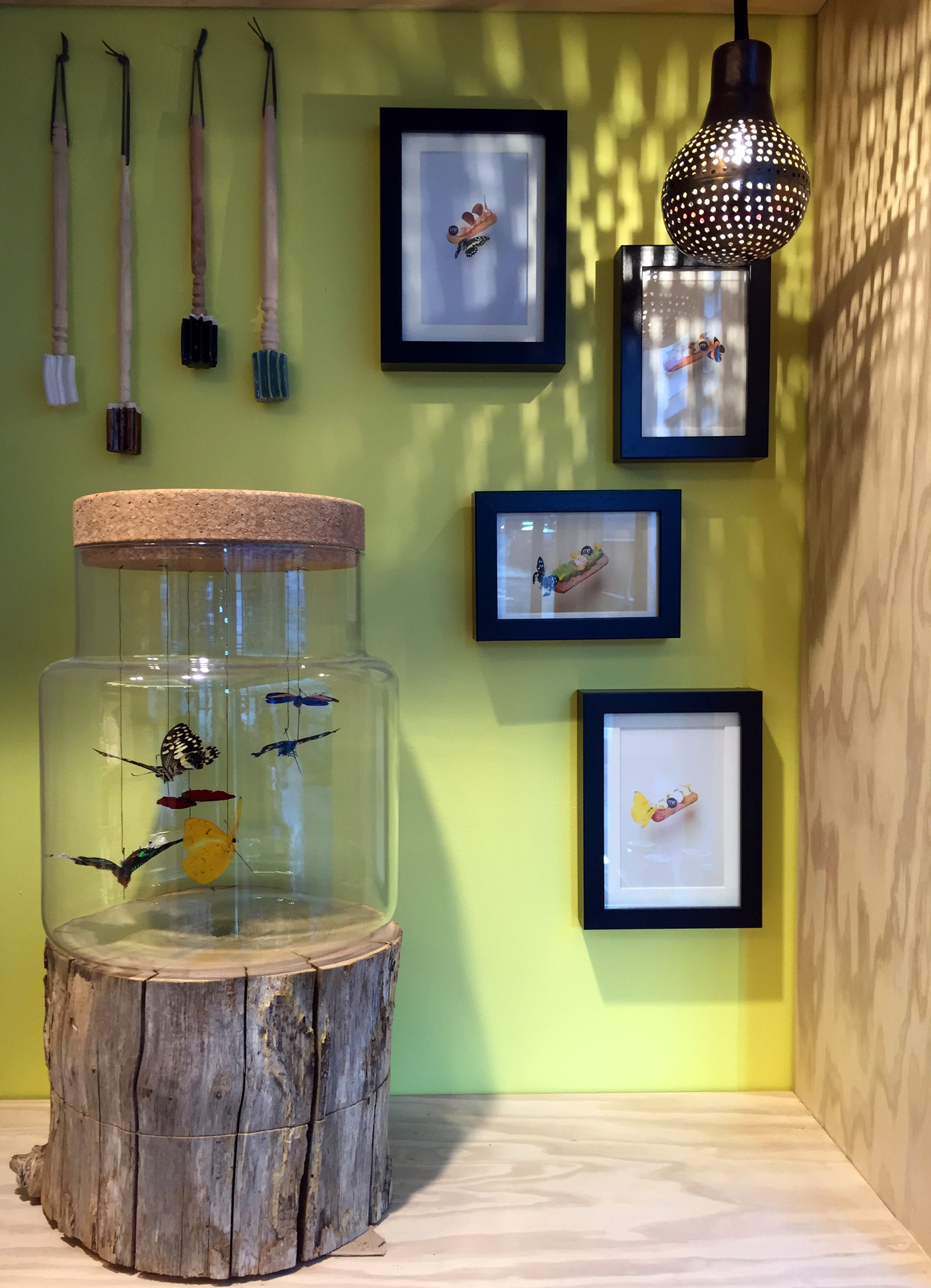