But what is a gluten free sushi burrito?

Last week I experienced a newly opened spot in Paris called Fuumi with several gluten free options on the menu.

Fuumi concept is clear and simple: gluten free sushi burrito for everybody! But what is a sushi burrito?!? I asked Salvador and Tiziana, the lovely co-founders of this beautifully designed place.

A sushi burrito is sushi the size of a Mexican burrito, so it is much bigger and larger than traditional sushi. There are many flavours available that you can choose from but basically it’s rice stuffed with vegetables, salad, fish like salmon, tuna, shrimps or meat like chicken, onions, tomatoes, soya beans…then you can add sauces like guacamole or cream cheese for example. Vegetarian options are available as well. 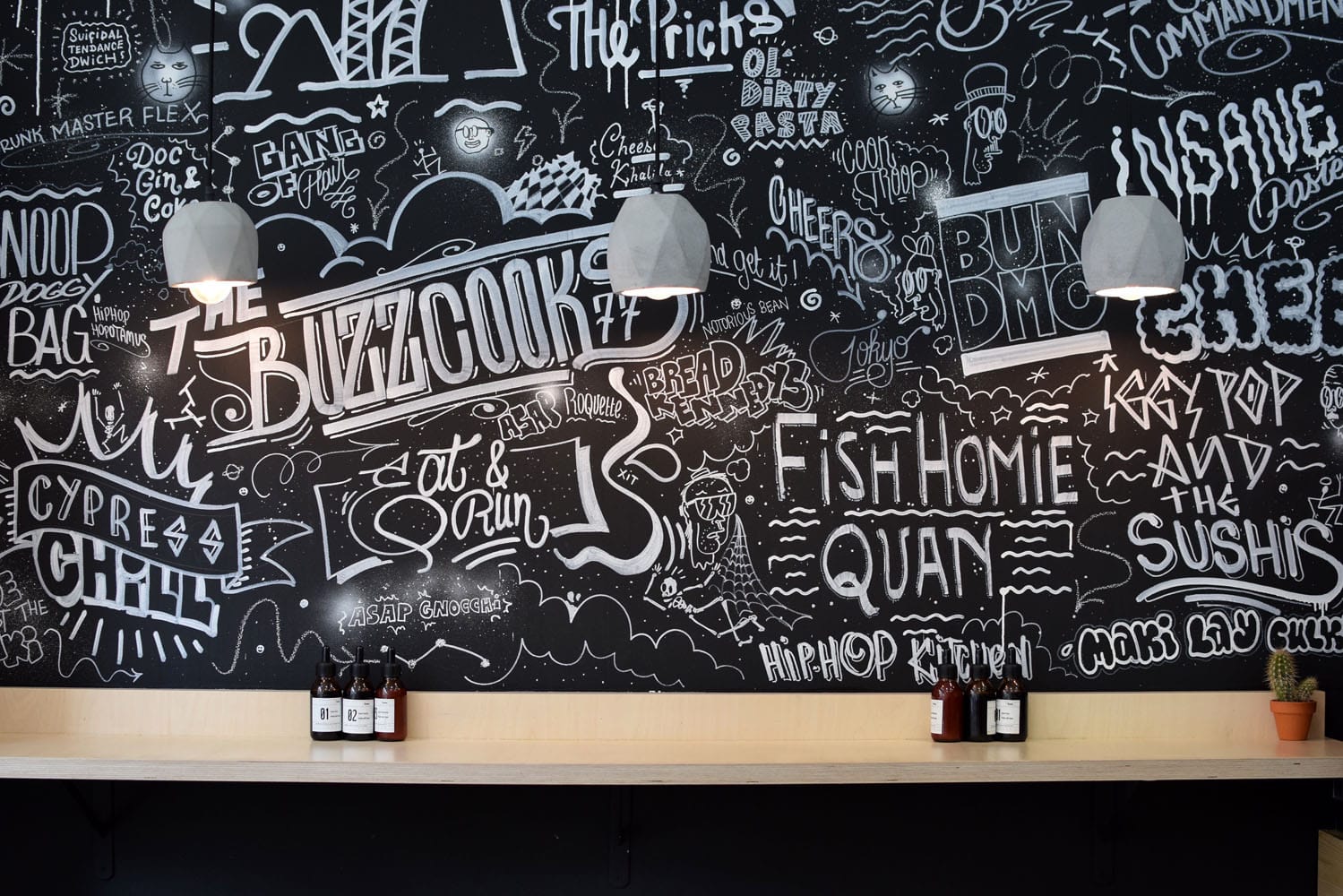 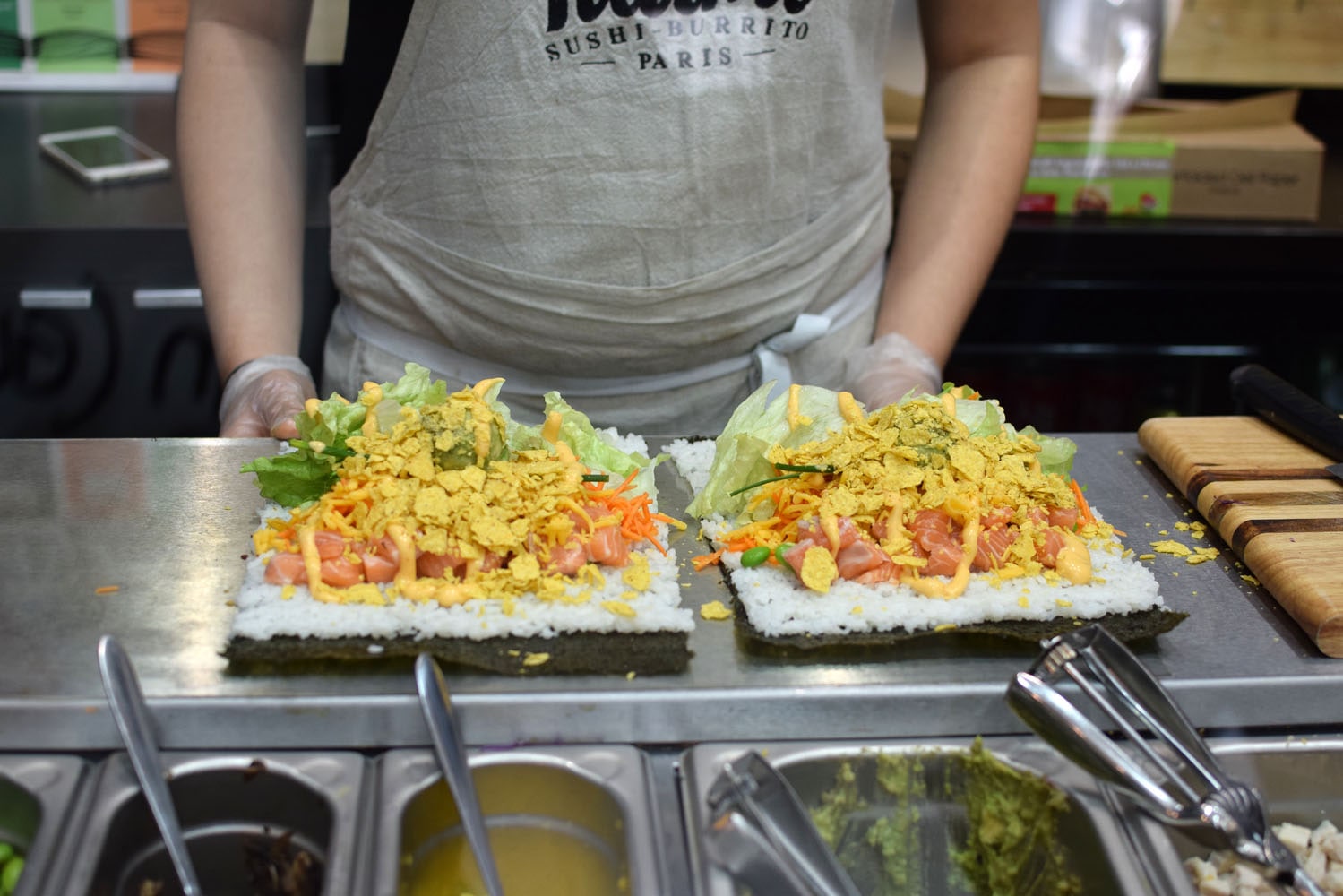 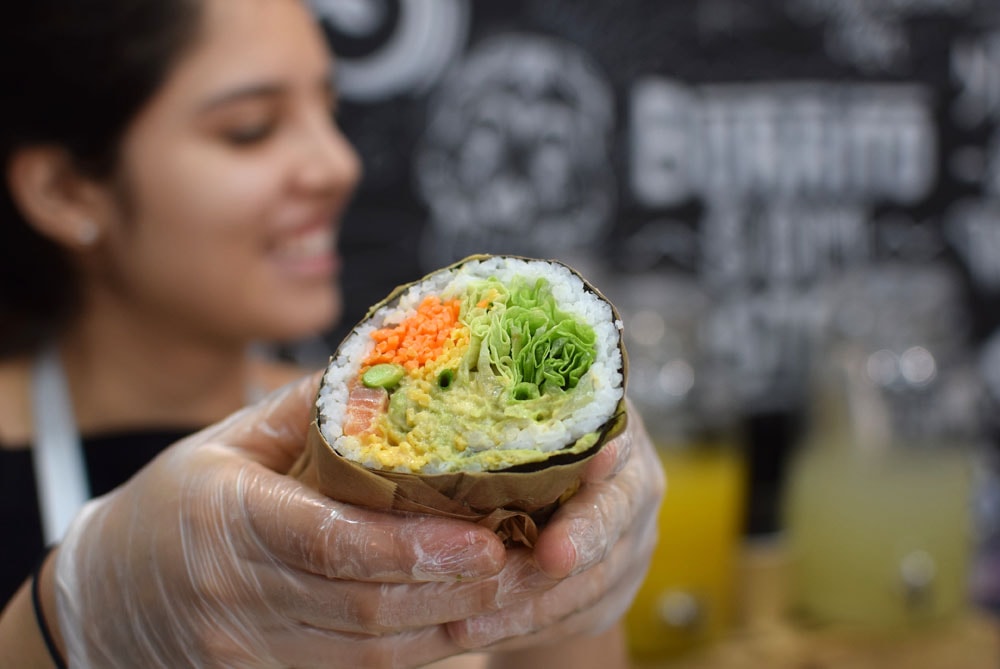 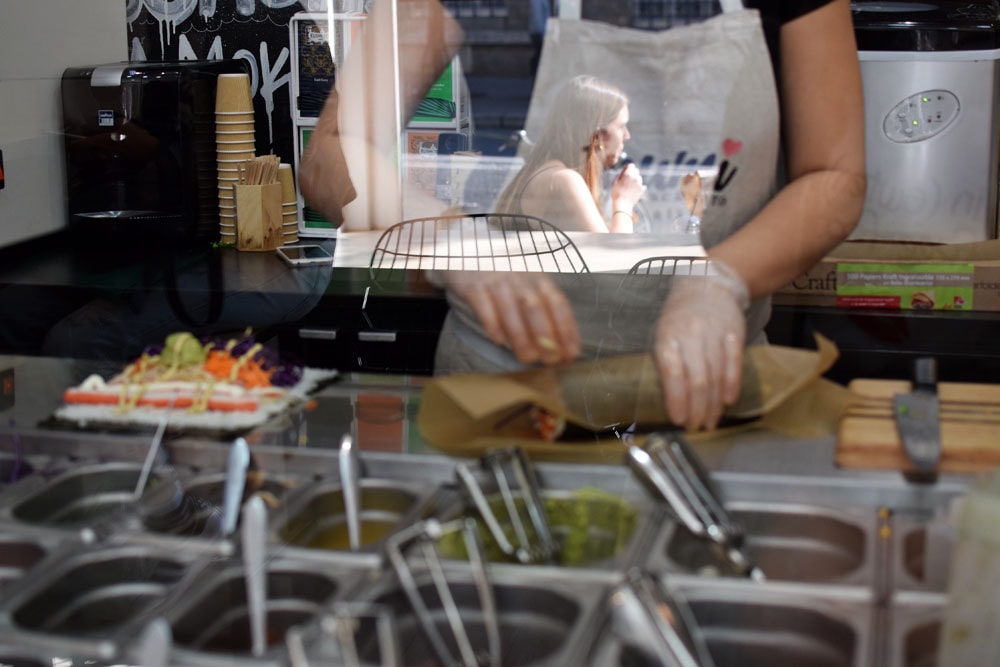 I chose the “Sumo” that came with marinated salmon.

The lunch formula includes also a drink and I had a large glass of homemade lemonade.

The sushi burrito was fresh, crunchy, healthy, and very tasty. Basically it has everything you can ask for a balanced meal or at least that I do: from carb to proteins, with a good dose of vegetables, light sauces and a pinch of chili.

And if you are not in the mood for a burrito, you can opt for a poke bowl!

Desserts are not gluten free but Salvador told me that he’s considering about having them in the future. 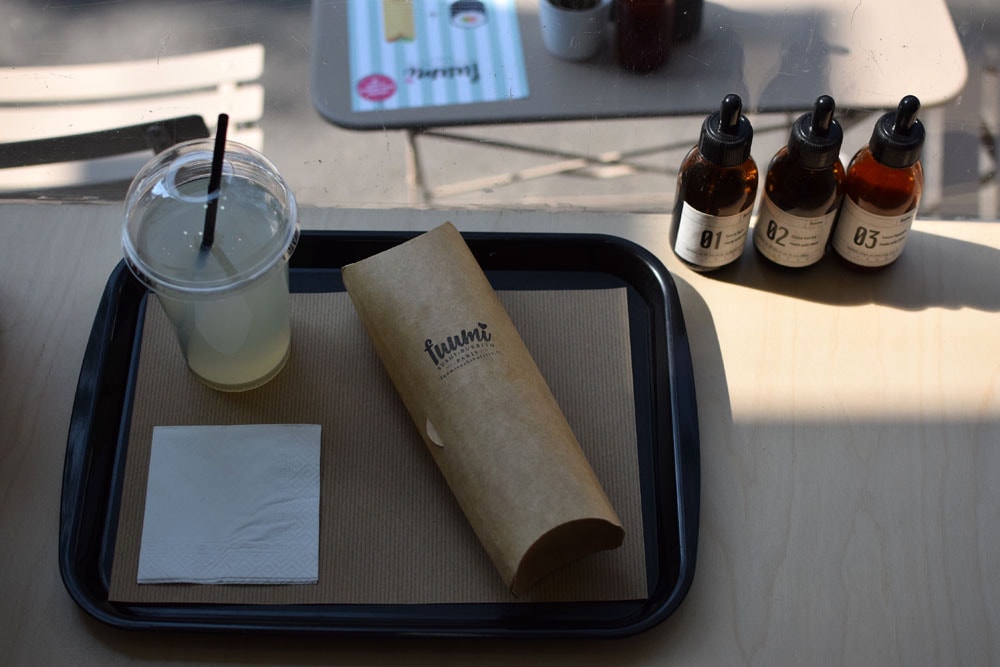 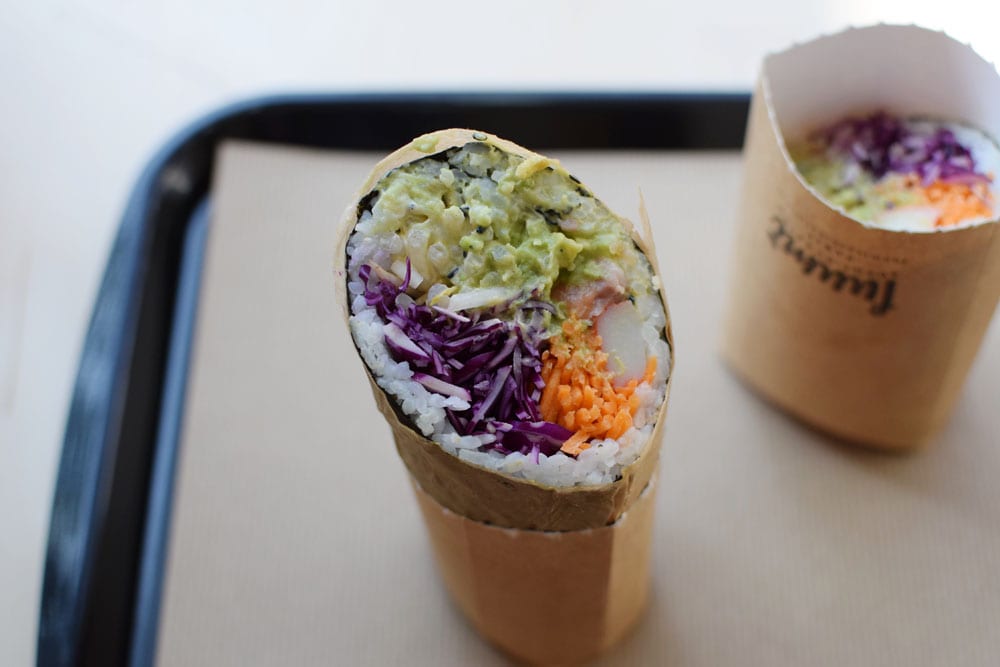 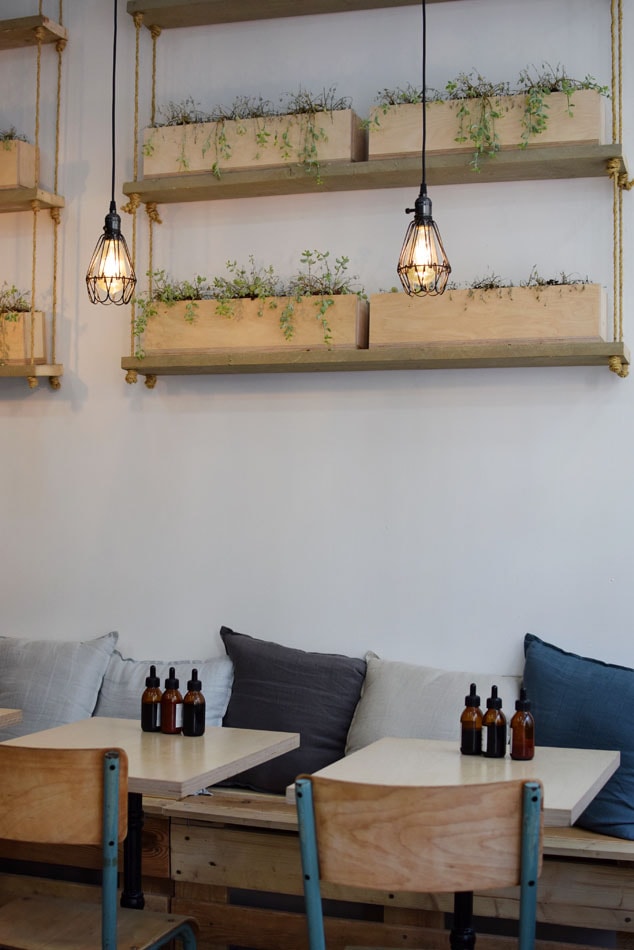 Some time ago they spotted a similar concept during one of their travels abroad and decided to re-create it in Paris but healthier and also gluten free so that it could be open to everybody.

Tiziana is the cook and she started conceiving all the recipes while Salvador is a graphic designer and he took care to design the whole place including the beautiful bottles for the sauces (love them!!!).

The wall is really a work of art: actually, it is ephemeral and each four months a new artist will be invited to paint it.

Salvador is also thinking to have a special sushi burrito recipe “of the month” and many ideas and projects are in the pipeline!

I can’t but recommend this place: cosy and bright, with the most friendly, smily owners, I am sure you will have a great time here just as I did. 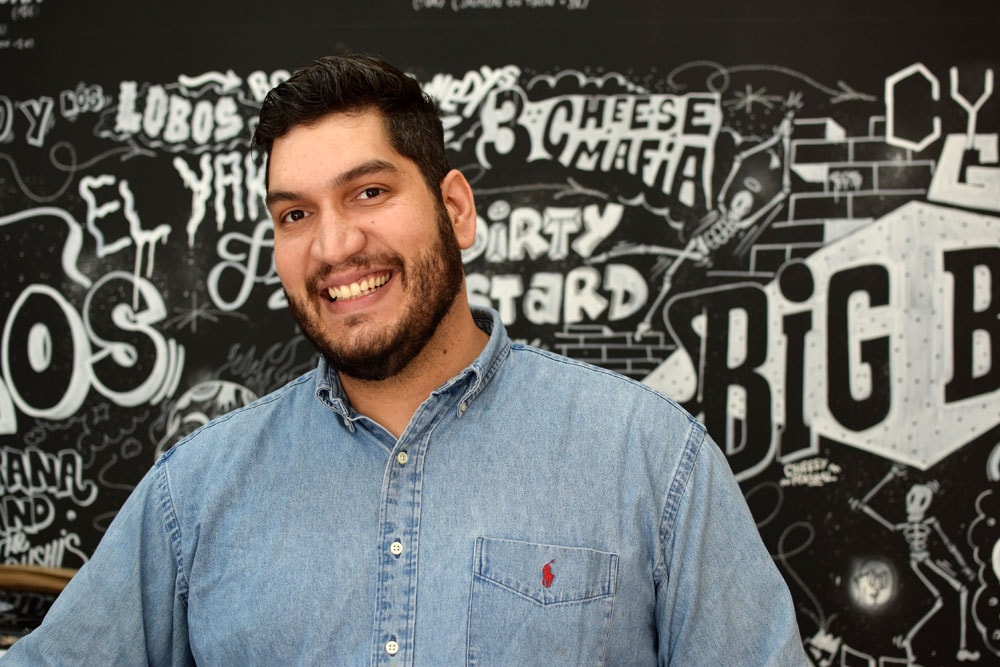