Once upon a time there was a little girl called Maria Agnese Spagnuolo, she was born in a farmhouse in Apulia, in the South of Italy, and since she was a little girl, she dreamed about ice-creams, her biggest passion.

When she was 14 years old, she bought herself an ice-cream cook book and she started to make her own at home. 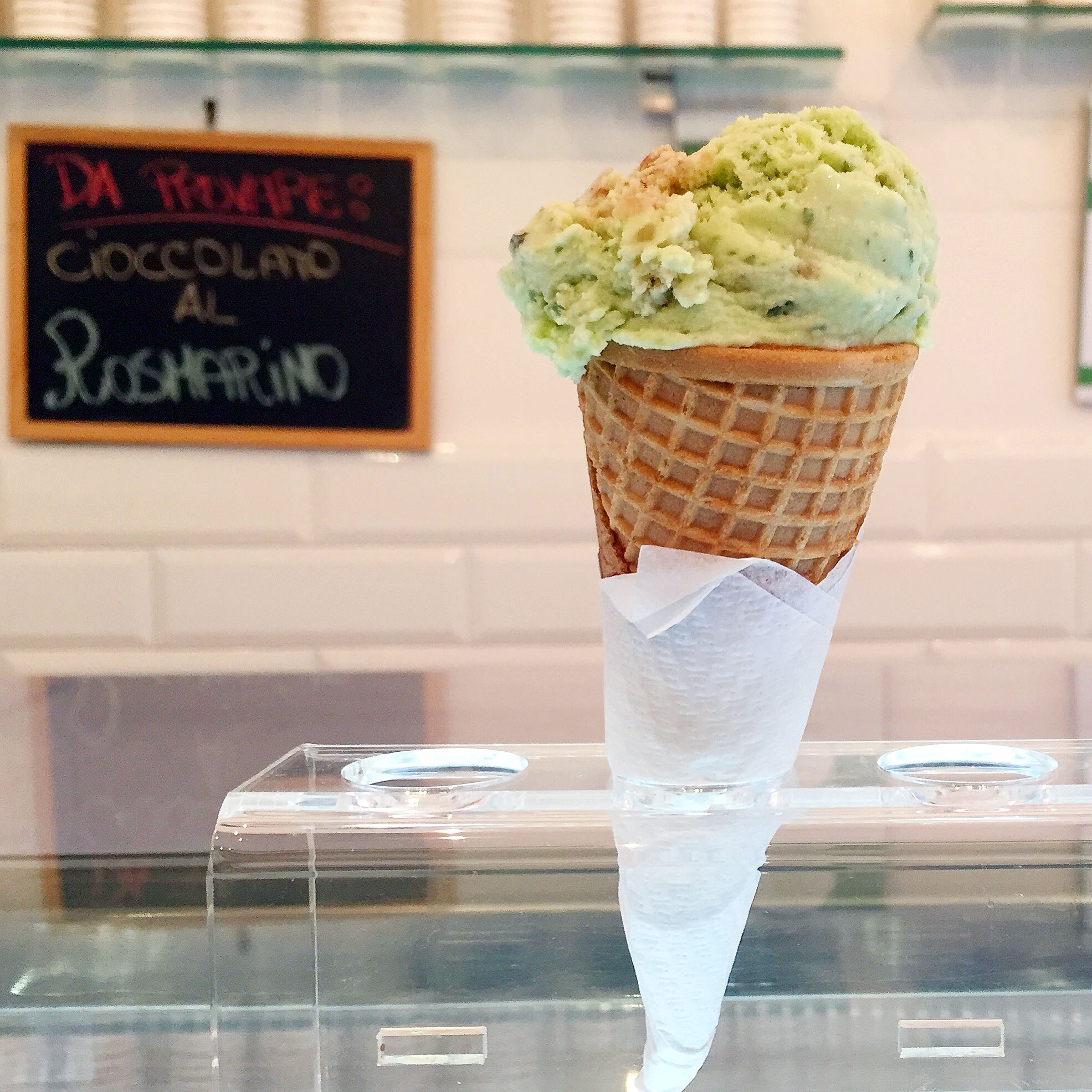 One day she grew up and she decided to become an actress.

She started to travel up and down in Italy to work with different local theatres but she never forgot her passion and wherever she went, she scooped the best ice-cream shops in town and went straight to taste them.

One day she moved to Rome with her boyfriend and fellow actor and they decided to live there.

Agnese decided to turn her passion into a profession and with strong will and much determination, she made this dream come true and in the space of a year she opened her first ice-cream shop in Rome called Fata Morgana in 2002!

Her boyfriend became her partner and he still is 🙂

The bad news turned into a good one is that she discovered she was celiac in 2001, the day she decided to challenge herself and start a new career in the ice-cream business.

From that day on, she decided that all the ice-creams at Fatamorgana should be gluten free, including homemade cones!

Furthermore she didn’t want to be labelled as the first gluten free ice-cream shop in Rome but as one of the best in town! 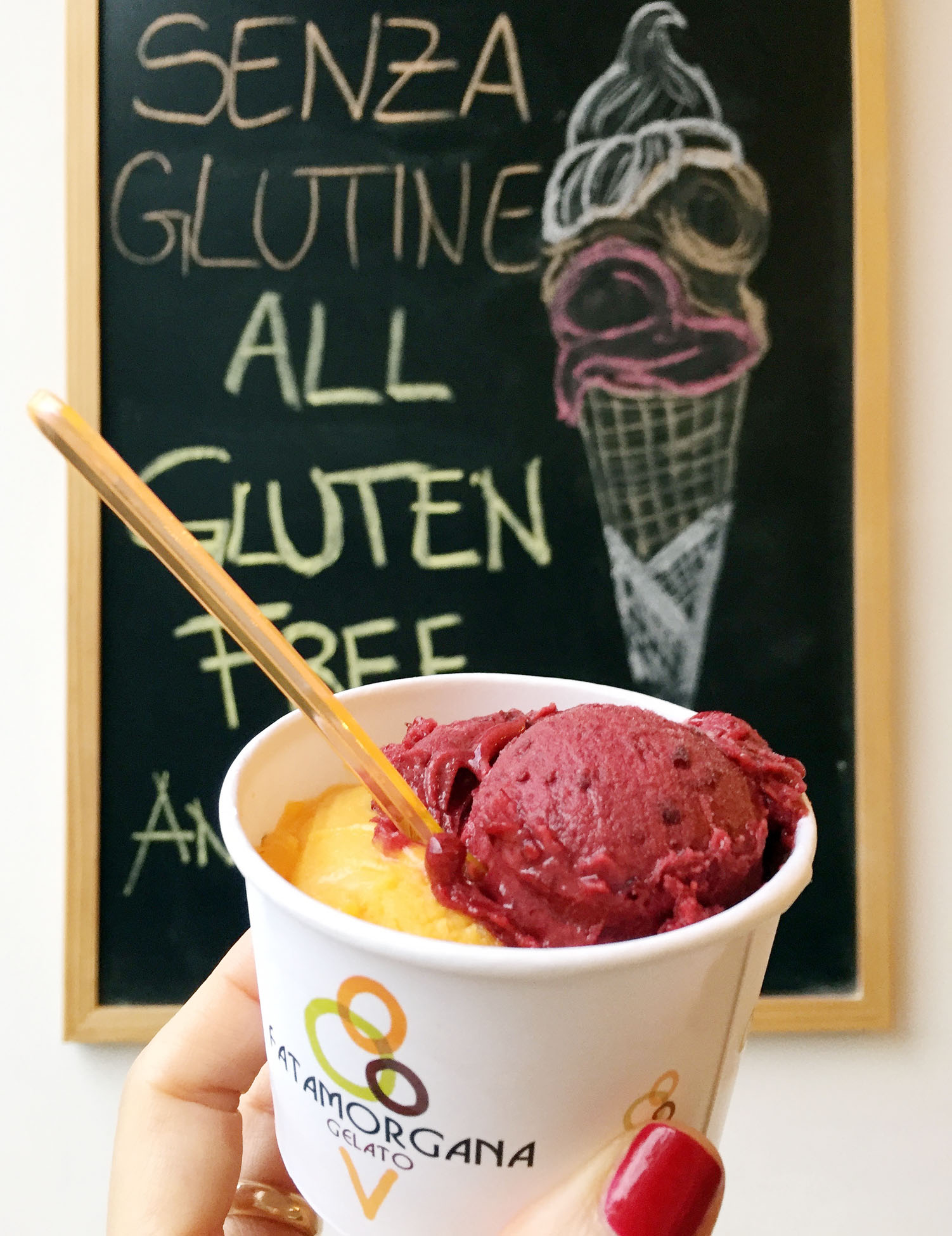 Since she opened Fatamorgana, Maria Agnese has been making the most delicious ice-creams, combining more traditional flavours with creative ones and today she has 6 point of sales in the city and she is so famous and her hard work so much appreciated that all kind of people, not only gluten intolerant or celiac, make their way to Fatamorgana to eat something that is natural, made with top quality ingredients and tastes so good!

I had lived in Rome for over 16 years and I have become a customer at Fatamorgana along with all of my friends: we loved to eat ice-cream there, and I especially enjoyed tasting more unusual flavours like chocolate and rosemary for example.

Scattered in different key locations in town, it is easy to spot and I do recommend this place: I am sure you will love it as much as I do. 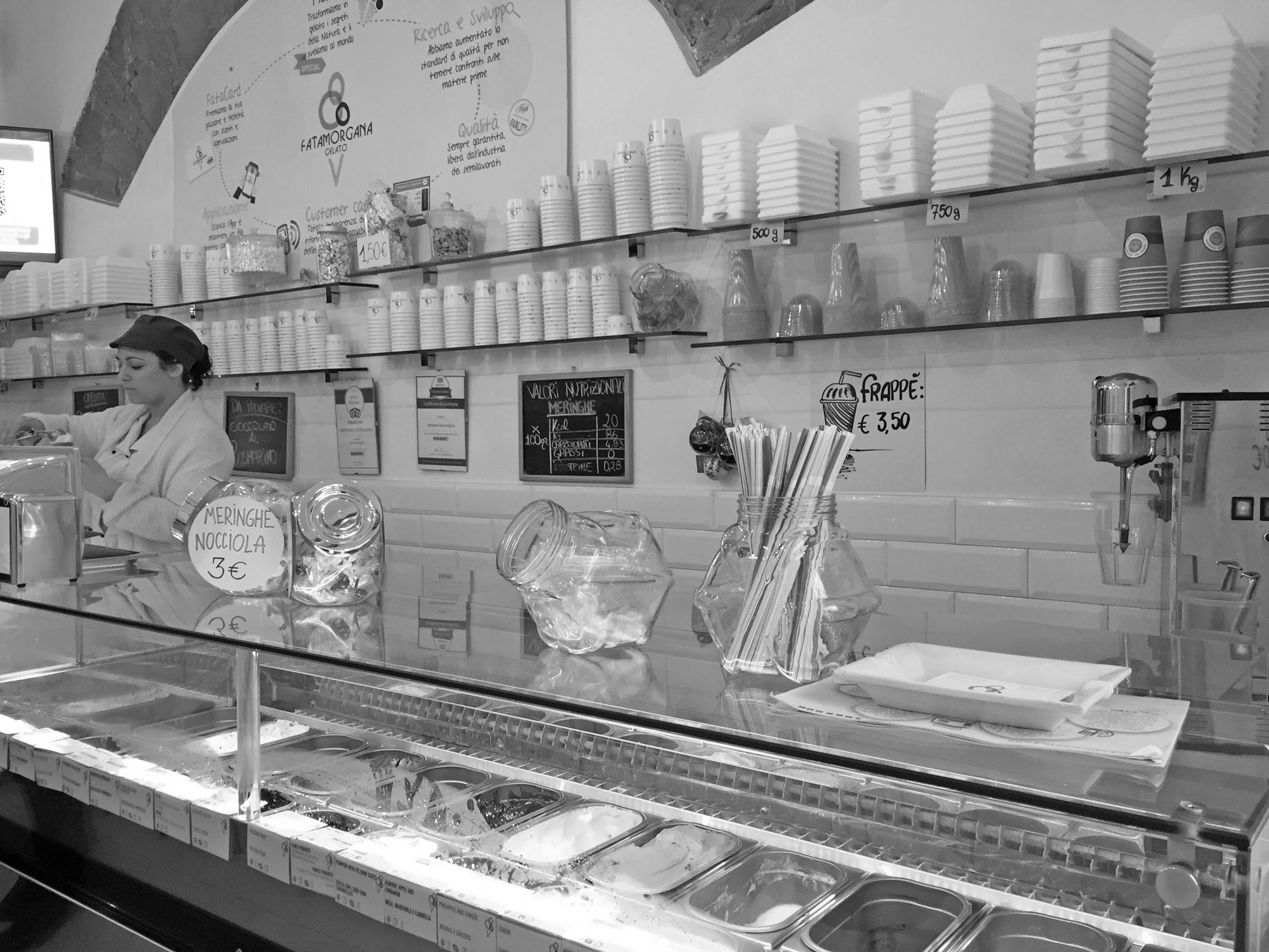 Fatamorgana Re di Roma: Via Aosta 3