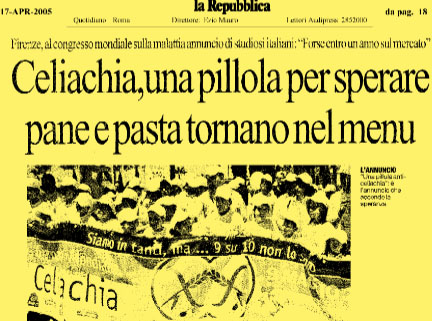 PILL OR NOT PILL?

PILL OR NOT PILL?

In 2005 we were told that it would have been launched on the market in one year, it’s been 10 years now and we are still waiting for it.

Furthermore people attribute to the pill over estimated therapeutic results.

How does the pill work? Let’s see.

Our intestine has a barrier against external attacks but coeliac people lose it because they produce higher level of a protein called zonulin which causes increased permeability of the intestine. Higher levels of zonulin allow gluten and other allergens to pass and once these allergens get into the immune system, they are attacked by the antibodies and damage the intestine.

The pill in question is supposed to counterbalance this protein.

However the pill is not a miracle worker and will not enable coeliac people to eat a whole pizza with gluten!

Its most realistic achievement will be to neutralize small quantities of gluten (almost 3g/die versus 13 – 15 g/die of a typical Western meal with gluten).

This means that if coeliac people happen to go to restaurants where there is the possibility of cross-contamination with gluten, by taking the pill they will avoid undesirable side effects which is not so bad actually.

At Baci di Dama. Living gluten free we salute any effort that can make life of coeliac people better and happier and on the same time we continue to support and show the fantastic properties & taste of the gluten free grains and cereals that we so much love! 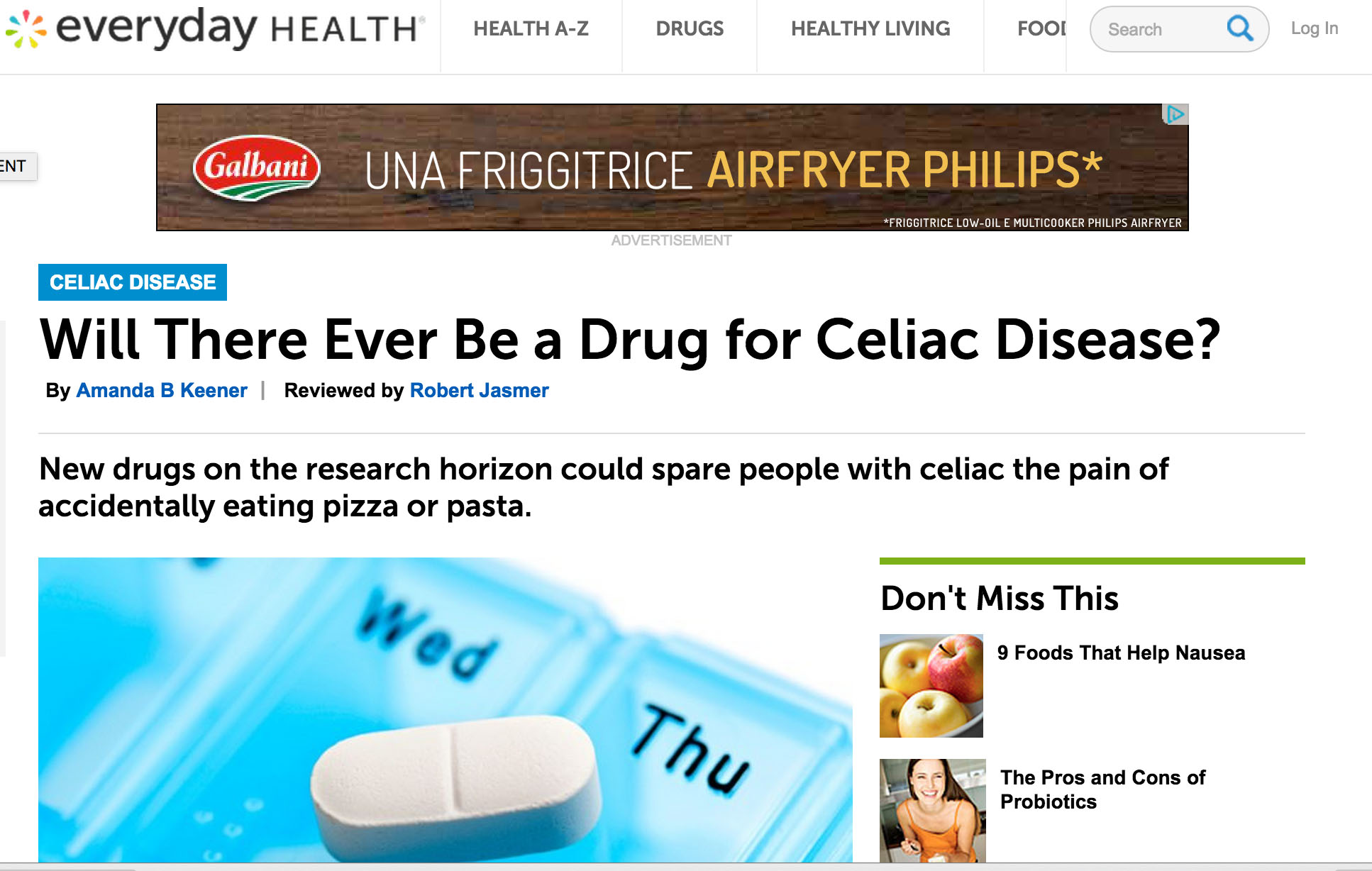